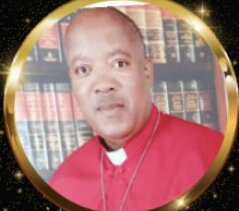 For everything there is a season, and a time for every matter under heaven: A time to be born and a
time to die… Ecclesiastes 3:1
Cardinal Robert St. Vil, affectionately known as Père Roro, passed away peacefully at his home in
Pompano Beach, Florida at the age of 58. Père Roro was born in Ouanaminthe, Haiti on the 15 th day of
August 1963, the feast day of Our Lady of Perpetual Help, Patroness of Haiti. He was the second born in
a family of four. His parents, Robert and Olivine both now deceased made sure to pass on him the love
of learning and especially a fervent devotion to Our Lady. He attended the Oblates of the Immaculate
Heart of Mary Primary School in Terrier-Rouge and was a proud graduate of Collège Notre Dame du
Perpétuel Secours in Cap-Haitien, Haiti. Père Roro developed a passion for the priesthood at a very
young age. Upon graduating high school, he entered the Grand Seminaire Notre Dame in Port-au-Prince
and was ordained a Roman Catholic priest in May 1991 by the late Archbishop Francois Gayot in Cap-
Haitien. Père Roro was blessed to serve as Vicar at Notre Dame du Perpétuel Secours Cathedral in Cap-
Haitien. Not long after that, he was appointed Pastor (Curé) of Notre Dame Parish in St. Philomène
where he worked tirelessly to build a primary school and a community health center. He rebuilt the
church facilities which had fallen in disrepair and raised funds to dig wells in order to provide fresh
drinking water to the people of St Philomène. Eleven years later, he received the call from the
Archbishop to administer the parish of l’Acul du Nord and serve as Director of the Catholic radio station,
La Voix de l’Ave Maria.
In 2014, Père Roro traveled to the United States to receive much needed medical care. During his long
period of convalescence, he joined the Catholic and Apostolic Church of Unity where he served as a
Bishop and most recently, the Primate of the Church of Unity in the State of Florida.
Our beloved Père Roro left us unexpectedly and will be greatly missed. He is survived by his older sister,
Mrs. Jaccine Bastien; his brothers, Father Geemps St Julien and Mr. Quetony St Vil and numerous
nephews, nieces, cousins and friends. Père Roro has left us to be with his beloved Mother, Our Lady of
Perpetual Help to whom he was greatly devoted.
We bid him adieu and hope to see him again on the day of the resurrection! May he rest in eternal
peace! Requiescat in pace!
To order memorial trees or send flowers to the family in memory of Cardinal Robert St. Vil, please visit our flower store.