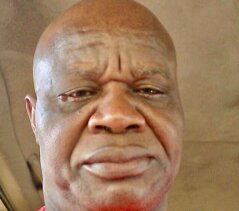 Charles Edouard Louis was born on October 1, 1955 in Carnifice, a town in the 3rd section of the Blanche river in the town of Gros-Morne.
Charles is the son of Mrs. Mercelès LOUIS and Mr. Jean Léonidace LUCIEN, he is the 5th child in a family of 7 children: Marc- Albert LOUIS, simonne PIERRE, Marie PIERRE, Remy JEAN, Charles Edouard LOUIS, Lemerc ACCIL, Jacky ACCIL . Charles, for those that knows him intimately, (Tchaly), grew up in Carmars, a locality of the said commune, he did his primary studies at the National Charlotin Marcadieu school directed by his father Jean Léonidace LUCIEN, after his primary studies his parents decided to send him to Port-au-Prince to continue his studies.

Charles met a lady named Virginia BRADY, an American who had an orphanage in the town of Delmas. We are in the year 1981.
In 1983, they decided to move the orphanage to place it in the town of Carrefour. It was then that their love began to catch fire. A year later Charles and Virginia got married.

Charles had two children: Betty Brady LOUIS and Charles Junior LOUIS (Ti-Tchaly), Charles Edouard LOUIS was a very sensitive person, he is someone who is always ready to serve, he gave good advice to people, and to all members of his family, passionate about football from an early age. Charles was a Music Lover. In 1988, he left the country to immigrate to the USA with his wife. A few years later his wife Virginia would pass away. In 2004 Charles met a lovely lady named Ernette Noel JONES. They got married in 2012. His wife Ernette stands to give a last tribute to Charles, the man she loves so much. He is survived by his wife Ernette, his children Charles Jr., Betty; his stepchildren, Carine Jean-Mary, Carline Jean, Frannix "Frank" Jean-Mary, Feline Jean-Mary, Willemes Dessalines, and Rosema Joseph; by numerous brothers, sisters, friends, etc…

Charles Edouard, go further, go further,
Even if you think you have arrived
Go further, go further
The journey has barely begun and the road is still long.
Towards fraternity and the horizon of friendship.
May your soul rest in peace!
To order memorial trees or send flowers to the family in memory of Charles E. Louis, please visit our flower store.