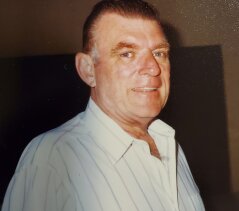 Charles Donald ‘Don’ Muncy died on January 23, 2021 in Sunrise, Florida at age 85. He was born in Athens, West Virginia to Charles Henry and Retha (Shrewsbury) Muncy on December 2, 1935. He grew up in the town of Iaeger, McDowell County, West Virginia. Upon graduation in 1953 from Iaeger High School, Don entered the military, served in Germany, and was honorably discharged from the army in August of 1956. He returned to West Virginia, graduated from Morris Harvey College, and moved to Washington DC where he taught literature for one year. He then came back to West Virginia and worked for the Department of Highways as a real estate appraiser on the new interstate project being built across the state. Later he moved to Georgia and studied to become a Realtor. Having obtained his Realtor certification, he moved to Florida and began working for the state and eventually set up his own successful business in south Florida doing commercial appraisals for many years until his retirement.

Don was a self-made man and an avid reader who loved history. Much of his life was devoted to living the principles of A.A.

In lieu of flowers, the family would appreciate that donations be made to A.A: https://contribution.aa.org

To order memorial trees or send flowers to the family in memory of Charles Muncy, please visit our flower store.