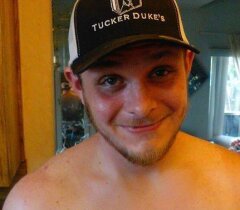 Daniel James Schlesinger was born in Houston, Texas on March 13, 1993 to David Schlesinger, and Heidi May. He passed away on February 1, 2020 in Lauderhill, Florida.

Daniel was a sensitive, funny, and imaginative young man, who enjoyed fishing with his family. He had a sharp wit, and loved cooking, music, animals and the outdoors.

Daniel is predeceased by his mother Heidi Schlesinger, brother William Schlesinger, and his grandparents Leonard and Thelma Schlesinger. Daniel is survived by his father David Schlesinger and his step-brother Jonathon Hamilton of Lauderhill, Florida and his Uncle and Aunt, Barry and Virginia Schlesinger of Lake Grove, New York.

Daniel was a loving son, loyal brother and sweet nephew, who will be greatly missed by his family and friends.

To order memorial trees or send flowers to the family in memory of Daniel Schlesinger, please visit our flower store.