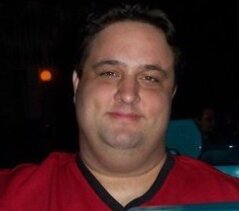 Davian was born on February 20th, 1978 in Hialeah, FL and was a lifelong resident of Miami. While his secular job was that of a security guard, his career and passion was that of a dedicated Jehovah's Witness, where he spent the last few years in full time service as a Regular Pioneer and Ministerial Servant. Though faced with many adversities and health issues throughout his life, Davian's faith in Jehovah and in His promises never wavered. Applying what he learned in the Bible, Davian spent his life helping others, especially younger ones, to learn of God and obtain spiritual fulfillment in their lives. In the process, he often shared everything he had with them. He proved to himself and to others how true the words of Jesus Christ are when he said that "there is more happiness in giving than there is in receiving." (Acts 20:35)

Too many, he was seen as eloquent, poetic and crafty. In his spare time, he loved to cook, was an avid spectator of sports, and was a loving uncle to his two nieces.


He is survived by his mother, Zoila Castanet; his father, Gilbert Castanet; his step-father, Mario Martinez; his three brothers, Abriel, Adrien and Devin Castanet; and his two nieces, Alessandra and Adriana Castanet.

To order memorial trees or send flowers to the family in memory of Davian Castanet, please visit our flower store.