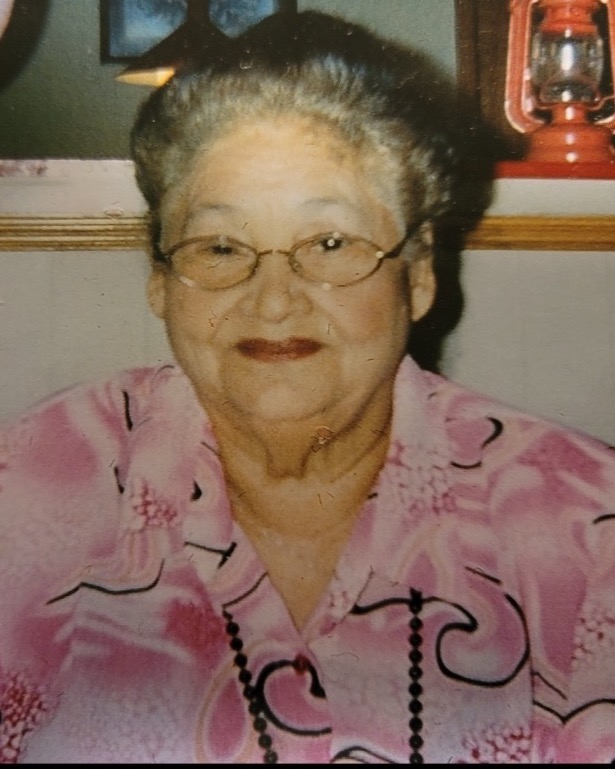 The dearly beloved, Fe Estevez, was born Fe Hernandez on August 1,1935 in
Las Villas Santa Clara, Cuba. She was born to parents Maria Antonia Pina and
Florentino Hernandez – Sosa. She was one of 18 siblings. Fe was married at 16
to Isidro Estevez. They had 6 of their children in Cuba. Her first son, Ciro
Estevez, was born 2 days after her 17th birthday. She later had daughter Delia
Estevez, son Librado Estevez (Libra), daughter Maria Caridad Mannix,
daughter Elma Estevez, and son Pedro Julio Estevez. They made the decision
to flee Cuba and come to Florida to live in exile. The journey was very
difficult. They left Cuba in a 21 foot fishing boat with all 6 of their children, the
youngest just being a baby. There were 19 people in total making the journey
for freedom in hope for a better life. They arrived in Key West, Florida on
August 2nd,1962. She, her husband, and children all were able to get green
cards and became residents of the United States. In 1964 she had a son, Evie
Antonio Estevez. This was her seventh child, but first to be born Cuban
American. In 1965, she gave birth to her daughter Lucy Estevez.

After a few years in the United States, she and her husband became
homeowners in Miami, Florida. After raising her children in 1991, at
the age of 56, she adopted her grandson Alexis Esteves (Alex). Further,

studying for U.S. citizenship, she very proudly became an official
United States citizen. In 2019, with the help of her daughter Delia, she
sold the home she raised her children in, buying a home she was very
proud to own. It felt like a life-time accomplishment for her. On
November 22nd, 2020, her son Libra passed over, leaving her
heartbroken and an unforgettable impact on her day-to-day life.
After 9 long months of her fighting for her life in the hospital, on
November 12th, 2022, she passed over peacefully. She was
surrounded by love when she passed, as her granddaughter Fe
Hernandez held her hand as she transitioned over. The 9 months she
spent in the hospital was spent surrounded by her loved ones. Not
one day went by that she was by herself, and she was constantly
being reminded how cared for, appreciated, and loved she was.

During her entire lifespan, she dedicated her time and energy to her
children, family, and community. Her loved ones were her number one

priority. One of her passions was to be surrounded by family with a home-
cooked meal she prepared herself. The Estevez home was a sanctuary for

those in need of support. If someone was in need of a meal, she cooked for
them. If someone was in need of a bed, she provided one of her own. She
held an unconditional and non-judgemental type of love for others. Her
love and sacrifices continue to have ripple effects today onto everyone her
beautiful energy has touched. She is irreplaceable, and will be deeply
missed by her family and all of her loved ones.
Fe is survived by her loving family: daughters Delia Estevez, Maria
Mannix, Elma Estevez, Lucy Estevez and sons, Cito Estevez, Peter Estevez,
and Evie Estevez. She is also survived by grandchildren Angie Gonzalez, Fe
Hernandez, Leo Estevez, Jennifer Delgado, Evie Estevez Jr., Elisa Hughes,
Juanito Arce, Jesus Estevez, Maria Arce, Francis Arce, Elizabeth Mannix
Lamonaca, Alex Estevez, Eddie Estevez, and Melissa Mannix. Lastly, she is
survived by her great grandchildren and great-great grandchildren Robert
Perez Jr, Michael Carbello, Vivianna Reyes, Destiny Carbello, Anthony
Perez, Karina Gonzalez, Justina Estevez, Alexis Estevez, Raymond Estevez
Jr., Renee Gonzalez, Eva Gonzalez, Noah Estevez, L’Bria Cuff, Ramah Cuff,
Mia McCall, Gabby Estevez, Connor Estevez, Caleb Estevez, Mariah Arce,
Aiden Estevez, Ashley Reyes, Willy Reyes, Mariah Arce, Mia-lynn Perez,
Jayden Perez, Anthony Perez Jr, Jianni Estevez, Keven Reyes, and
Mercedes Reyes. In addition to her son Libra, she is preceded in death by

To order memorial trees or send flowers to the family in memory of Fe Estevez, please visit our flower store.