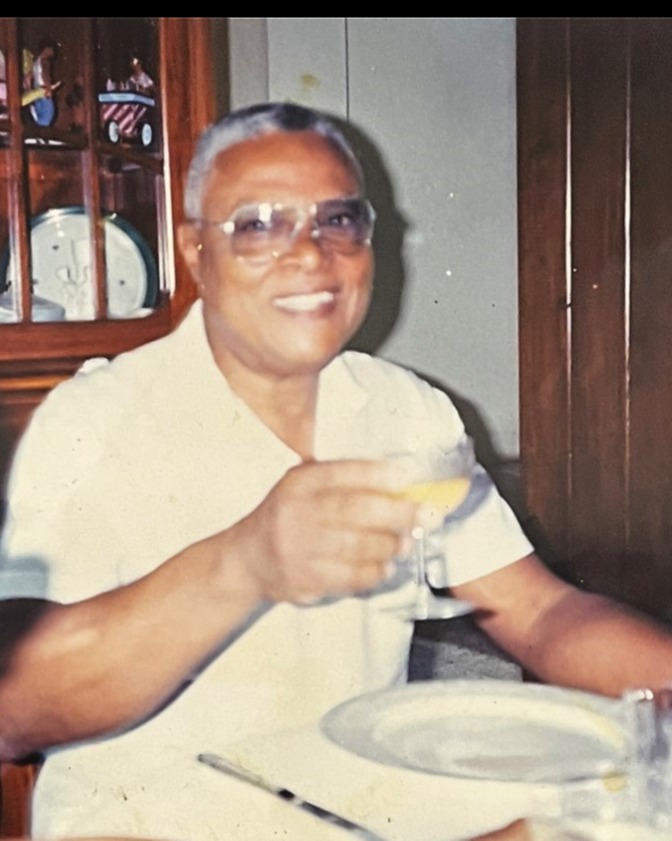 Fritz Michel was born in Port-au-Prince, Haiti on July 30th, 1935, to Joseph Michel and Noriette Charles. He attended Jean Marie Guilloux (primary school) and the Lycée Alexandre Pétion (secondary school) where he met his wife, Giselle. He went on to attend the Faculty of Agronomy and Veterinary Medicine (FAMV) in Haiti and graduated with honors. Thereafter, he received a scholarship to Oregon State University for his graduate studies. Fritz and Giselle started their family while he worked on a master’s degree in Corvallis, Oregon. Upon completing his
degree, they returned to Haiti.

Agronome Fritz Michel touched several generations of agronomists; he was beloved by his students, many of whom he mentored beyond the classroom. He was well-known in his field and regarded by colleagues as a generous public
servant with his time, knowledge and ideas. As an agronomist at IDAI, he represented Haiti at international events and traveled to many countries, including the United States, Canada, Congo, Mali, France, India, Peru, Mexico and
more. Fritz forged effortless ties with experts in his field from around the world
and positively represented his country. During his career, he was a committed advocate for expanding Haitian agriculture by leading several crop productions such as cotton, coffee, corn and more. Along the way, he also fulfilled his vocation as an entrepreneur. In 1992, he retired after serving as Dean of the Faculty for a period of three years.

Away from his office and students, Fritz had a passion for the outdoors; he spentcountless hours in his home gardens and enjoyed family picnics at the beach. After retirement, Fritz and his wife Giselle started new hobbies at home, and Fritz developed a passion for auto mechanics until the last years of his life. He
continued to maintain his mental sharpness through readings and remained available to his family, friends, and former students as a mentor. Some of his former students referred to him as a living encyclopedia. Family and friends will surely miss the camaraderie they enjoyed at the dining room table with Fritz’s
captivating conversations and beautiful smile.

The couple recently celebrated their 60 years of marriage. Fritz spent his final days in South Florida surrounded by his children and wife Giselle as he battled heart disease. On October 31, Fritz left this world peacefully.

To order memorial trees or send flowers to the family in memory of Fritz Michel, please visit our flower store.