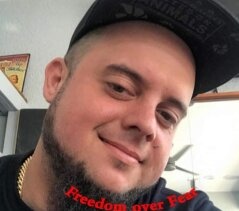 He grew up in Margate, and then moved to Coral Springs FL where he attended grammar school and graduated from Marjory Stoneman Douglas High School in 2003.

He studied HVAC at Atlantic Vo-Tech, and later on became an Elevator Technician.
He spent his free time fishing, camping and hanging out with his many friends.
George was always the “life of the party”…