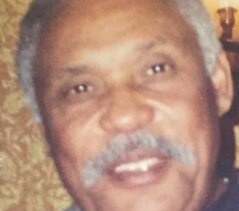 Jean immigrated to the United States in the late 1960s. He moved to New York where he lived and worked for the New York Limousine and Taxi Commission for over 45 years. He retired in 2008 and moved to Fort Lauderdale, Florida with his wife.

Jean was known for his charm, wit and exceptional sense of style. He would offer kind and sage advice to those who needed it. He had a deep love of country (birth and adopted). He always loved the company of his longtime friends and took great pride in his family.

He is survived by his wife, Monique, daughters Margaret, Jackie and Tania. His grandchildren, DiDi, Errick, Derrick and Emma and great-grandson Caiman.
To order memorial trees or send flowers to the family in memory of Jean Jeudy Jr., please visit our flower store.