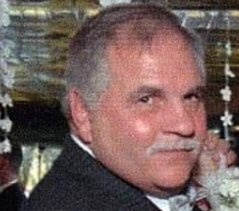 He was born in Yonkers, N Y, on December 16, 1945, where he attended Holy Trinity Elementary School, and was a graduate of Commerce High School.

He was pre-deceased by his parents, and is survived by a son, Nicholas, who resides in Denver, Colorado.

Mr Guisti served in the US Marine Corp from 1963 to 1967 where he was posted as a Marine embassy Guard in Manila, Philippines, and Saigon, Vietnam. He was honorably discharged with the rank of Sargeant.

Mr Guisti was employed for many years as an executive with the Carvel Ice Cream Corporation. He began his career in Yonkers, and was subsequently transferred by that company to Fort Lauderdale, FLorida, in 1968 where he continued to reside. He subsequently became a regional executive with the Pizza Hut restaurant chain where he was employed in the Ft Lauderdale area for many years. In 2015, Mr Guisti retired from the Wynmoor Village retirement community in Coconut Creek, FL, where he served as Chief of Security.

Mr Guisti leaves behind many friends who will greatly miss him.

A longtime friend, loyal Marine, dedicated employee and faithful Christian man has left us on his last journey.

He was getting old and gray and sat around telling stories of past life experiences especially his exploits as a Marine Sargent in charge of Embassy security details in the Philippines and Vietnam,

His kindness to the residents of Wynmoor and his ability to help employees develop their talents so they may advance their careers were exemplary and beyond the call of duty but we will har his stories no longer for John has passed away and the world is a little poorer for a soldier died today.

He will not just be mourned by his family and friends for he lived a quiet and uneventful life silently going his own way and setting a great example for others to follow. Just a common soldier and humble hand who left a trail of kind deeds for those he left behind.

To order memorial trees or send flowers to the family in memory of John Guisti, please visit our flower store.