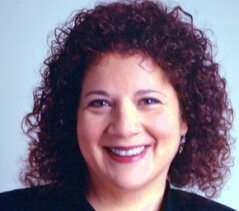 The well respected and beloved psychotherapist Jude Milner, 63, passed away on February 24, 2021, in her Tamarac, Florida home. She was a leader and innovator in her field who helped and influenced thousands of patients over more than two decades. For the past several years, when the coronavirus pandemic kept her homebound, she continued to treat a full caseload in the Fort Lauderdale area via her home computer and telephone. Before her sudden demise, she had been employed by several outpatient health care organizations. Milner had earned her B.A. in Sociology of Small Group Dynamics at the State University of New York at Buffalo, followed by both a Master of Social Work (Yeshiva University) and another MA in Counseling and Student Development from Hunter College of the City of New York. Milner’s approach to Psychotherapy extended far beyond her academic credentials: it was a calling that became a lifelong pursuit of knowledge and self-knowledge. She was driven by her intellectual curiosity, and a passionate desire to help others who shared her own lifelong battles with body image and the rampant “fat shaming” that was destroying many women’s self-esteem. (In my family,” she said, “the greatest sin for a girl was to get fat.”) In 1998, Milner designed and implemented a dual-focus program that combined psychotherapy and exercise/bodywork, which she called “Fitness Therapy TM.” After adding Certified Fitness Trainer to her credentials, she took obese women into gyms to teach them physical exercises along with traditional talk therapy. Eventually she led groups of her patients on 40-mile bicycle rides around Manhattan. Her ideas about combining exercise and psychotherapy, now known as Exercise Therapy, became established in several graduate schools. Although Milner specialized in treatment of obesity, binge eating disorder, and bariatric surgery, she also dealt with problems related to aging, LGBTQ, trauma, anxiety, and depression. Recently she worked with young victims of classroom shootings, as well as aged Holocaust survivors. In 2006, Tarcher/Penguin Books published her unique and darkly humorous autobiography, “Fat*Free: The All-True Adventures of Supersize Woman” in the form of a comic book, or, as she called it, “a graphic memoir.”

She is survived by her husband Richard Milner, brother Peter Bruno, nephews Steven and Rich Bruno and his partner Matthew Lockwood, in-laws Judy and Jerry Jennings, stepdaughter Ivory Madison and Abraham Mertens, grandchildren Archer and Gracie, and her close friends Carol Story, John Corbett, David Parkinson and inseparable dogs Bear and Jax. The dedicated, caring, humorous and innovative presence of Jude Milner will be sorely missed by all who knew her and by the therapy community she served so well.

To order memorial trees or send flowers to the family in memory of Judith Milner, please visit our flower store.