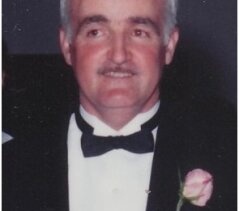 TOOMEY, Michael G. - Age 73, died on Sunday December 27th, 2020, at Catholic Hospice in Ft. Lauderdale. Michael, a veteran of the United States Marine Corps, who served in Vietnam, is originally from Manhattan and Hicksville, NY. He is survived by his daughter Kelly Doroban of Ft. Lauderdale, his brother Kevin Toomey of Ft. Lauderdale, his sister Margaret Geraghty of Bohemia, NY, and many nieces and nephews in NY and Maryland. He is predeceased by his parents Howard F. Toomey, Sr., Margaret Gunn and siblings Helen, Maryjane Dykeman, Eugene and Howard Jr. Funeral private. Interment South Florida National Cemetery.

To order memorial trees or send flowers to the family in memory of Michael Toomey, please visit our flower store.