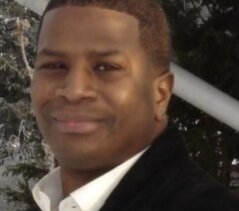 Nelson Daniel Polite Jr. was born June 30, 1967, in Bridgeport, Connecticut to the union of the late Nelson Polite Sr., and Ada Christine Polite. He would become the fifth out of seven children. His mother states “he came into this world attached to my hips. Nelson grew up in Bridgeport, Connecticut where he was introduced to his Pentecostal faith in the early seventies. He and his family attended Turner’s Faith Temple. Nelson received his education through Bridgeport Public Schools.

Nelson pursued and achieved his dream of becoming a solider in the United States Army when he entered the US ARMY on October 2, 1985. During his tenure as a solider he received an Army Service Ribbon, Army Lapel Button, M16 Sharpshooter Badge, Army Commendation Medal, Army Good Conduct, and an Army Achievement Medal (20LC). He completed his mission doing what he set out to accomplish on April 26, 1993. Nelson journey into corporate America in 1998 and landed a job in Insight Trading, Inc., where he managed staff that influenced the Trading accounts. Nelson also studied over a long weekend and passed the examine, where he obtained his Security Broker Licensed. Most recently Nelson worked at GlobalGig a Communication and Technology Company, in his role he was the Sales Director of Enterprise and Channel Southeast US.

He loved to dress up, a very stylish dresser, indeed. Everything had to be coordinated. He grew up matching every colored shoestring to his tee shirts during his school aged years. He loved to play basketball, and this is when you learned just how competitive he was on and off the court, this became one of his hobbies. He loved music all types of music. His favorite Gospel singer became Marvin Sapp, as he often played, Marvin’s hit song “Never Would Have Made It”. He spoke of this song giving him strength as he was met with challenges in life. This song made him remember his faith in God. He never hid the fact that while he loved both his Parents, his Mother was his everything, what he knew she did too. In his union with Darlene Tesla, he had two children and a Granddaughter, Nevaeh who he affectionally called (big baby) were his world. His Daughter Nina was his little Princess nothing he would not make happen for her. His son was his cool dude. He loved his Nieces and Nephews to pieces too many to name. He always checked in on his siblings. His friends and family meant the world to Nelson. What we will miss about our beloved Nelson is that laugh, that unforgettable laugh and smile not to mention him talking 50 miles per minute. His great cooking skills in the kitchen that could rival his Sister’s Hannah and Meredith. We will all miss him cheering us on, in our future endeavor’s he was a gift that kept on giving.

Acknowledgment
The family of Mr. Nelson D. Polite Jr. wishes to express our deepest appreciation to our many family and friends. For perhaps you sent a card or flowers, gave us a word of cheer, called to wish us well, whatever your part, thank you for helping to make the INEVITABLE MORE ACCEPTABLE.
The Polite Family
To order memorial trees or send flowers to the family in memory of Nelson Daniel Polite Jr., please visit our flower store.

Saturday July 25 @ 11:00am Eastern standard time Services will also be live streamed on Facebook. Location is to the left of the building