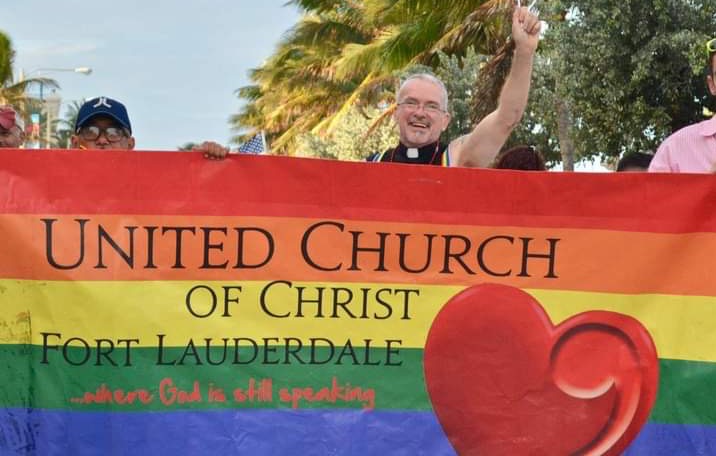 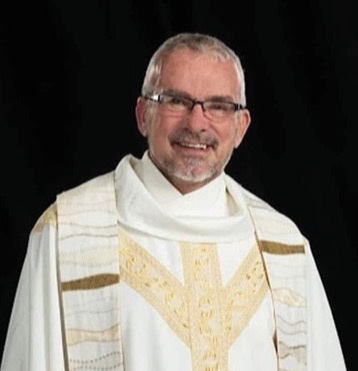 OBITUARY OF PATRICK COWAN ROGERS
Patrick Rogers, 65 and Senior Pastor of The United Church of Christ Fort Lauderdale, went to be with his Creator, July 26th, 2022. He was born October 15, 1956, in Dickson, Tennessee, the son of William C. Rogers and Madge Norris Rogers.
Patrick graduated Dickson County Senior High School in 1974. Following high school he began studying accounting at The University of Memphis in the early eighties and then on to Richard Stockton State College in New Jersey to receive his BS degree in 1982.
In 1990 he received his CPA license from the New Jersey Law and Safety Department. In 2007 he received his Master of Divinity from Pacific School of Religion in Berkeley, California and was ordained into the Metropolitan Community Church at the Sunshine Cathedral in Fort Lauderdale of that same year.
He was interim pastor at Metropolitan Community Church in Topeka, Kansas 2008 and then took on the responsibilities as pastor of The United Church of Christ Pensacola, FL. He served at The UCC Palm Beaches 2010-2011. In 2012 he completed the rigorous United Church of Christ requirements to be granted a commission as a recognized member of the United Church of Christ Clergy. In 2015 he was called to be the Senior Pastor of The United Church of Christ Fort Lauderdale, Florida.
In addition to his parents, he is predeceased by his sister Lynda Rogers Stack and his brother Michael Rogers.
Patrick leaves behind a loving family: his brother Gary and wife Carol and brother Terry Joe and his wife Stella and Lloyd Stack, his brother-in-law. Nieces and nephews: Josey, Carl, Tarah, Jeffrey, Jason, Christie, and Cody, as well as many other family members living in Tennessee and Florida.
A few of his many awards and accomplishments were Florida Youth Pride Coalition’s Grant Lynn Ford Spiritual Leadership Icon Award in 2017; Wilton Manors Stonewall Pride Service Award in 2019. In 2022 he created the Gunlock Safety Initiative reaching churches all over Florida and the country. He was a tireless defender of social justice for the needs of the homeless and hungry in our community.
Where does one begin when remembering Patrick? He was a pastor, mentor, compassionate loving spirit, comedic jokester, and a fabulous persona. For each of us, trying to encapsulate in a brief paragraph the life of such a profound spirit is impossible. So let each of us take a moment and remember…Many fun and joyous times, potluck dinners, chili cook-offs, spirit-filled messages, a love of gospel music and his love for The Lord.
A Service of Remembrance will be held at 10:30 AM on Saturday, August 27, 2022 at The United Church of Christ Fort Lauderdale located at 2501 NE 30th Street.
We have established the “Reverend Patrick Rogers Memorial and Arts Fund”
Please consider donating if you are able to do so. We are so very grateful for every donation.

For those wishing to remember Patrick in a special way, donations can be made by visiting the UCC website at www.uccftl.org and use the DONATE “button”; memo your donation as “RPR Memorial Fund”.

Checks can also be made payable to “UCCFTL (RPR Memorial Fund)” and mailed to 2501 NE 30th St, Fort Lauderdale, FL 33306.
We have established the “Reverend Patrick Rogers Memorial and Arts Fund”
Please consider donating if you are able to do so. We are so very grateful for every donation.

To order memorial trees or send flowers to the family in memory of Rev. Patrick Rogers, please visit our flower store.

A Celebration of Life is scheduled for Saturday, August 27th at 10:30 am The United Church of Christ Fort Lauderdale Please join us as we celebrate the life of our beloved pastor. Reception to follow in Elliott Hall.