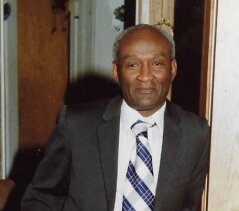 Prospere Puverge 93, passed away on Monday, July 8, 2019, after a long illness with his beloved family at his side.

In Haiti he worked as a taxicab driver until he moved to the United States of America. He came to Chicago in 1980 and then moved to New Jersey in 1981. He worked two jobs from 1981-1999. In 1999 he retired and then moved to Sunrise Florida.

Prospere enjoyed watching basketball, soccer, wrestling, and boxing. His favorite colors were grey and blue. His favorite hobby was gardening.

His memory will forever be loved and cherished.

To order memorial trees or send flowers to the family in memory of Prospere Puverge, please visit our flower store.