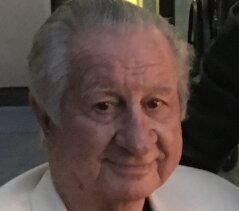 Robert Dwight Johnston II (Skip) passed away at home on December 12, 2020 at the age of 81 from complications stemming from cancer. He was preceded in death by his father, Robert Dwight Johnston (Dwight) who was the first police officer killed in the line of duty in Ft. Lauderdale when Skip was just 7 years old. His mother, Jaime Johnston Eddleman, passed away in Ft. Lauderdale at the age of 93.

Skip was native to Ft. Lauderdale as a descendant of two early pioneer families. He loved Broward County and worked throughout his career to make it a better place. He began his career on the Fort Lauderdale Beach Patrol and moved to be the director of all pools and beaches including the old Casino Pool. From there he progressed to Assistant City Manager of Fort Lauderdale, followed by City Manager of Oakland Park and Hallandale. He was then recruited to be Executive Director of Broward Employment and Training (BETA) where he became widely known in the job training area throughout the state and nation. He subsequently became a Director of Florida Division of Labor, Employment and Training, and President of US Basic Skills Investment Corporation in Virginia. One cold Virginia winter he declared he was never going to live north of Lake Okeechobee again and returned to south Florida to become City Manager of Oakland Park, Town Manager of Golden Beach and President of The Coordinating Council of Broward before retiring. During his career Skip sat on many boards and served as President of many industry associations. Skip exemplified a rare quality of providing results driven organizations run with integrity.

Skip was also an early pioneer in snorkeling, skin diving and scuba diving in the area. At a young age he received a mask, constructed his own fins and spear out of a broom handle marking his early career as a lobster hunter. He caught and sold lobster to make money to assist his mother after his father died. In 1960 he graduated from the inaugural National Association of Underwater Instructors (NAUI) class and went on to impress everyone in life that he was a three-digit NAUI instructor/diver. Through education and experience, he became well versed in marine biology and ocean science and taught many people both formally and informally about the ocean through scuba classes and college courses. He spent many mornings swimming and free diving off the coast of Ft. Lauderdale. We like to imagine he is still diving off the coast in the afterlife.

Skip also played football for 16 years starting in little league and progressing to semi-pro playing for the Ft. Lauderdale Tigers for eight years.

Skip was a master storyteller and many people have listened to and enjoyed his wild tales (not all were true but many surprisingly were). Skip was a born teacher with an encyclopedic mind which provided many of us with interesting information – particularly in the areas of science, military tactics and history, and of course the ocean and a whole host of other topics. He had a dynamic personality and will be sorely missed by his family, friends and community. He will live on through his stories and contributions to his community.

Skip will be remembered and his ashes will be scattered in the ocean after COVID-19 passes. He would say that is “Just Right”. May he SIP (Swim in Piece).

Memorial donations may be made to the Coordinating Council of Broward at www.ccbroward.org.

To order memorial trees or send flowers to the family in memory of Robert Johnston, please visit our flower store.