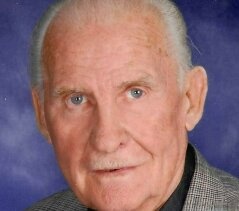 Robert “Bob” Major, 89, passed peacefully Monday morning, April 18 th in Sunrise Florida.
He is survived by Nancy, his loving wife of 55 years, his devoted brother Louis and sister-in-
law, Harriet. He was predeceased by his parents William and Theresa along with his brother,
Willy and sister-in-law, Betty.
Born and raised in Detroit Michigan, Bob and his two brothers loved being outdoors where
they played ball, rode their bikes and stuck close to each other while they ventured in outside
activities. The three brothers were also in the Boy Scouts.
Bob attended Wayne State University on a scholarship and earned a Bachelor of Science
degree in Chemistry. He served in the U.S. Army and was discharged as Sargant decorated,
with Good Conduct Medal – Sharpshooter (Rifle).
While in Detroit, Bob worked as a Manger of 2 A & W Drive-Ins in the downriver area where
he met his wife, Nancy, who was a carhop. When they moved to Florida, Bob passed his
Board of Realtors Test to become a Real Estate Agent.
In his later years, in addition to enjoying the many activities in his retirement community,
Bob developed a passion for the challenge of crossword puzzles. That form of leisure
continued until his health encountered some challenges.
Bob will be cremated and laid to rest at Our Lady Queen of Heaven Catholic Cemetery.

To order memorial trees or send flowers to the family in memory of Robert Major, please visit our flower store.