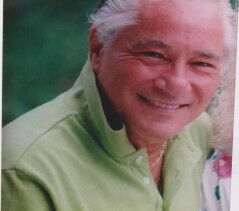 Saul was a graduate of Miami Beach High School, attended the University of Florida, where he was a member of Tau Epsilon Phi Fraternity. He obtained a B.S. Degree in Accounting from the University of Miami. Saul worked for many years in the Finance and Banking Industries, first with Walter E. Heller and Company in Miami, FL and later moved to Atlanta where he served as Senior Vice President of Exchange National Bank of Chicago until retirement.

Saul was an avid sports fan and a great supporter of the Florida Gators. He frequently wore Gator attire and collected many sports memorabilia items. He enjoyed traveling with his wife around the globe and spending time with his family and friends.

Saul was a champion racquetball player where he competed numerous times in the Senior Olympic Games and won serval medals representing the State of Georgia.

In lieu of flowers, donations can be made in memory of Saul Cohen to the Michael J. Fox Foundation for Parkinson’s Research, www.michaeljfox.org.

To order memorial trees or send flowers to the family in memory of Saul Harold Cohen, please visit our flower store.