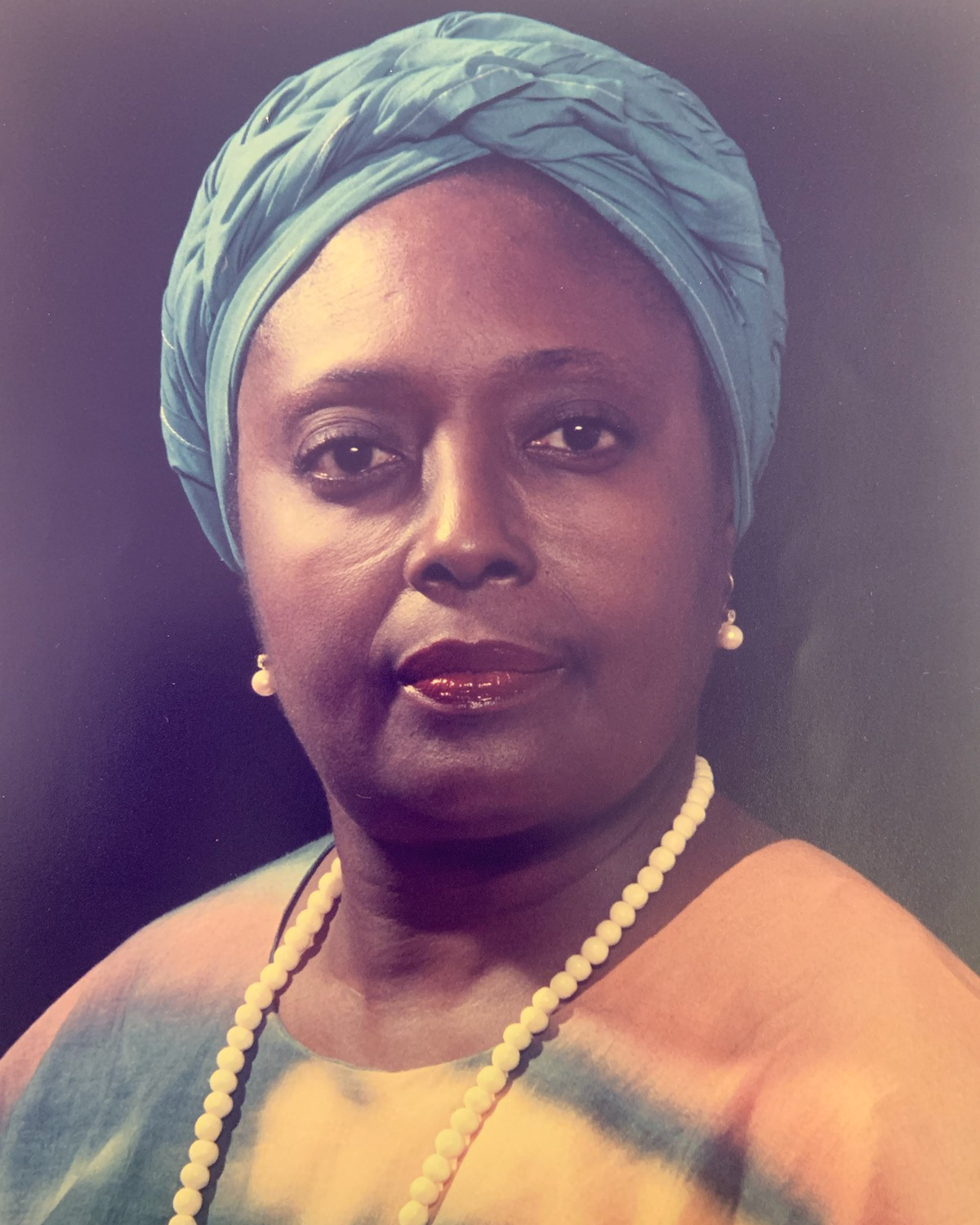 Thérèse D. Létang entered eternal rest on Saturday November 19, 2022. Born on the 17th of February in 1942 to the late Eugene and Amela Létang, Thérèse was raised in Les Cayes, Haïti and came to the US with her husband and family in the early 1970s.

She had a vivacious personality, was driven, and passionate about everything she did, including always making people around her laugh. Thérèse channeled her drive and curiosity into learning new things including sewing, cosmetology, and gourmet cooking.

In 1997, while working as a Health Services Representative in the Haïtian community for the Broward County Health Department, two members of the same family she was working with passed away from HIV / AIDs within days of one another. Their deaths had a profound effect on Thérèse leading her to conduct her first fund raising effort to help cover funeral expenses. Shortly after, she founded “Youn Renmen Lot” (YRL) “Love One Another”, a non-profit organization dedicated to assisting members of the community living with HIV / AIDS as well as promoting education and knowledge about the disease. Thérèse went on to earn her Master of Social Work from Florida International University in August of 1999.

Thérèse’s generosity of spirit was boundless. She was always ready to help others in need. Through her work with YRL, she partnered with many organizations on various missions to Haïti. Organizations such as Haïtian American Nurses Association of Florida (HANA) and Florida Association for Volunteer Action in the Caribbean and the Americas (FAVACA). She was also a founding member of the Haïtian American Professionals Coalition (HAPC).

In addition to her community work, Thérèse was a devout Catholic. As a fervent parishioner of St. Bartholomew Church in Miramar, she felt the need to have a Creole Mass and a Charismatic prayer group to serve the growing Haïtian population in the area. Thérèse obtained permission from Fr. Paul Vuturo, the Pastor of the Church, and utilized her skills and resources to put together the Haïtian Community. On November 11, 1990, Thérèse was very excited to plan a welcome Mass that was celebrated in English while the songs and readings were in French and Haïtian Creole. With prayers, dedication, and perseverance, Thérèse met the late Fr. Roland Lamy who agreed to support her endeavors. As a result, the regularly scheduled French/Creole Mass was celebrated on January 6, 1991 at 3:00 PM. Later that year, in September she created the choir “Messagers d’Amour” (Messengers of Love), and on December 19, 1991, Thérèse led the very first charismatic prayer meeting and named the group “Amour, Sagesse, & Paix” (Love, Wisdom, & Peace).

Thérèse continued to pursue her passion for her faith and completed her Pastoral Leadership studies in the School of Lay Ministry in the Archdiocese of Miami in June 1995. In her pursuit to always find ways to care for her fellow compatriots, Thérèse translated the curriculum and coordinated a successful lay ministry program in French/Creole in the Archdiocese for several years.

Thérèse’s life was a living example of a bible verse she took to heart - Ephesians 4:32- “And be kind and compassionate to one another, forgiving one another, just as God also forgave you in Christ.”

Until her health condition made it impossible, Thérèse was active in her church choir, many ministry efforts, and was pursuing a second masters in Theology.

The family wishes to thank everyone for their love, prayers, support, and acts of kindness during this time.

Special thank you to her St. Bartholomew church family who have played pivotal roles in her life and to the staff at Paradise Villa and Vitas Hospice for their constant and attentive treatment.

In lieu of flowers, donations in her memory may be made to Broward House at www.BrowardHouse.org.

To order memorial trees or send flowers to the family in memory of Therese Donata Letang, please visit our flower store.